(PPN) Another African-American in position of power has mysteriously gone missing.

The president of Eureka branch of the NAACP in Northern Californi, Elizabeth “Liz” Ana Smith, has not been heard from since Monday, according to the Humboldt County Sheriff’s Office.

Smith, 39, was reported missing after she posted a 28-minute video to her Facebook page around 12:30 a.m. Monday. In the video she says, “I am in heaven because I have been crucified.”

According to The Eureka Times-Standard, Smith was CEO of Boys and Girls Club of the Redwoods until March, when she was placed on indefinite administration leave.

Smith also resigned from her post at the Boys and Girls Club in April. 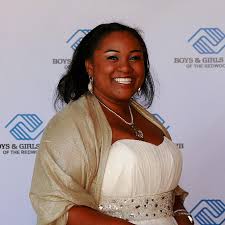 The sheriff’s office said friends of Smith are “concerned … she possibly wants to harm herself.

Anyone with information regarding her whereabouts is asked to contact the Humboldt County Sheriff’s Office at (707) 445-7251.

Baton Rouge, LA (PPN) – An East Baton Rouge Parish School bus driver is furious about the “raggedly” conditions of the older school buses being used to take children to