(PPN) –  The outspoken criticism of the 45th President of the United States continues, which is expected considering that he is on record the most-disliked President of all time.

On Tuesday, TMZ released a picture of Kathy Griffin holding a graphic picture of Donald Trump. It was released before the official release of the video.

In the video, Kathy Griffin is wearing a blue dress while holding a “head” of President Trump by the hair. The face is covered with blood.

The comedian is no stranger to conflict when it comes to provoking people. Photographer Tyler Shields and Griffin posted the photo shoot on YouTube. Neither of the two will justify their reasoning or purpose behind the photo.

During the video, she drops it and on another part of it, she jokes to Shields that they’re going to have to run away to Mexico after the images go public.

“I won’t give away what we’re doing but Tyler and I are not afraid to do images that make noise,” she says in the video clip.

In March, Snoop Dogg used a Trump lookalike in one of his videos, showing the man standing in a suit with a red tie and his hands up while Snoop points a fake gun towards him. 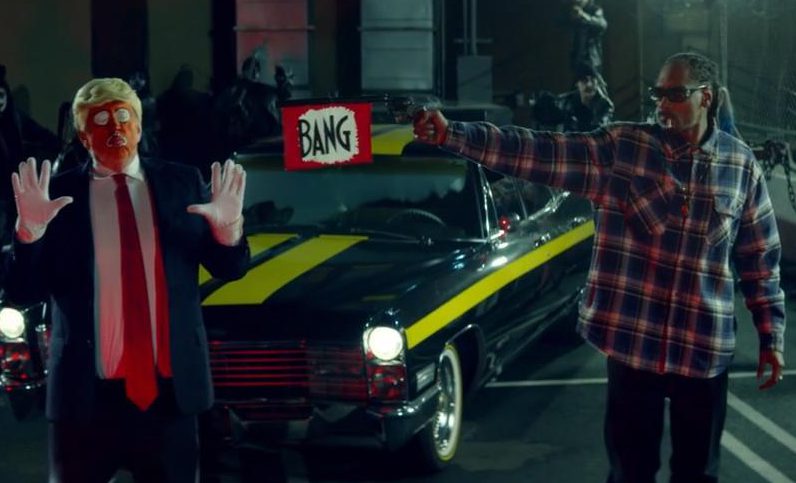 Even his new TV co-host, Martha Stewart, joined the “adult” fun and posted a picture of her standing between Snoop and Trump, while pointing the birdie towards Trump.

Griffin tweeted that she does not condone violence and was merely “mocking the Mocker in Chief.”

(PPN) – The greatest rock ‘n’ roller of all time Chuck Berry passed away Saturday. He was an incredible guitarist and songwriter for seven decades. Mr. Berry’s career boasted many classics

The Buchanan County jail confirmed that the man who fled the scene after a fatal crash has been identified as former Bachelor star Chris Soules. Chris Soules, 35, was booked