Chicago, IL (PPN) – An African-American pioneer pilot flew his final flight on Thursday from Dallas to Chicago after 36 years of service at Southwest Airlines.

The trailblazer disembarked the Boeing 737 into Midway International Airport as a crowd awaited his arrival to celebrate his legacy.

The 65-year-old was also the first Black ROTC commander at Woodrow Wilson High School in Dallas. 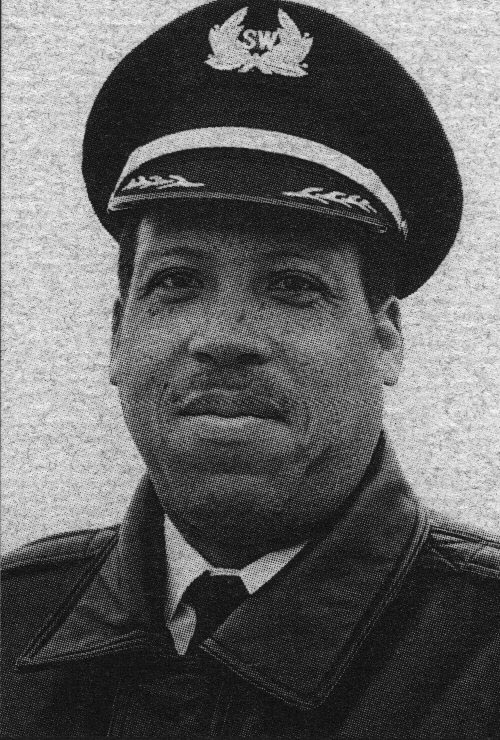 “Not only did they follow, our unit excelled,” Freeman told Chicago Sun newspaper.

Southwest promoted Freeman to captain just 3 years after hiring him. “I enjoyed my trip from Dallas to Chicago. I wanted to savor every moment,” Freeman said after accepting his proclamation. “I cannot believe the outpouring and love that I see and feel here.”

In 1992, Freeman was named chief pilot and in 2005, his most memorable experience was when his flight carried the body of civil rights legend Rosa Parks.

The percentage of black pilots has rise from 1 to 3 percent.

“It used to be 1 percent. It has increased, but it’s been awfully slow,” Freeman said. Freeman’s son plans to follow into his father’s footsteps of becoming a pilot.

Louis Freeman set milestones and broke color barriers for black pilots throughout his career and the city of Chicago passed a proclamation declaring June 8 as Louis Freeman Day.

Many of us have lost mothers, aunts, sisters, cousins, and friends to breast cancer and while the fight for a cure continues, a new development by Sandra Musujusu is a