Andrea Constand, 44, testified in court Tuesday that she was “humiliated” after Cosby gave her pills and sexually assaulted her at his home 13 years ago.

She explained that afterwards she felt frozen and limp and how she wanted “it to stop”. Bill Cosby, 79, shook his head as she described the feeling, and put his forehead in his hand, according to NBC. 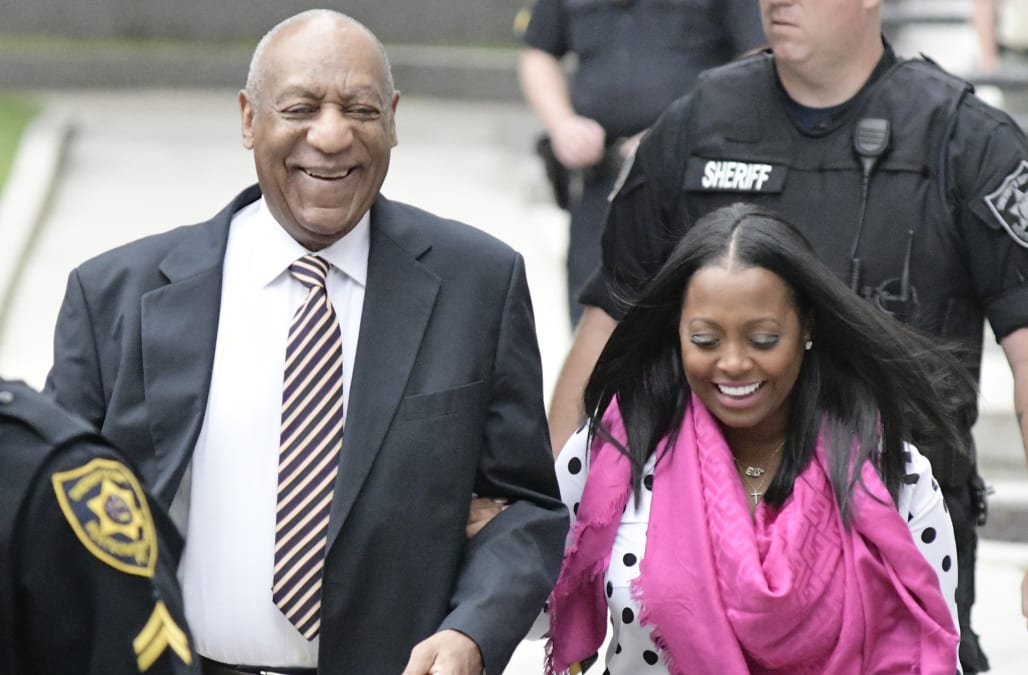 Bill Cosby was seen in good spirits with a smile on his face after court. He plead not guilt to 3 counts of aggravated indecent assault against Constand.

Constand walked into the room with a smile. The defense lawyers drilled Constand about the inconsistencies in her story. Her testimony and police report she submitted doesn’t match up.

While on the stand, Constand testified that she agreed to take the pills because she trusted Cosby. She went on to say that she passed out and when she began to wake up, she felt his hands rubbing on her body.

“I jolted awake and I felt Mr. Cosby’s hand groping my breasts under my shirt,” she said, adding that he then penetrated her with his fingers. “And I felt him take my hand and place it on his penis and move it back and forth,” she said.

In January 2005, Constand decided to report the alleged attack. By that time, she was unemployed and had returned to her Canada, her native country. She allegedly began to have nightmares of the incident.

Submit your story to PPN: info@penpointnews.com

I'm sure we can all do without @katyperry right ??? #Loser pic.twitter.com/r9bQcuaCBi — DJ SCREAM (@DJSCREAM) April 30, 2017 Katy Perry had a bad hair weekend after coming under fire

The holidays are some of the best times of the year to be around family. You get to see all of your cousins, your drunk uncle, and you get to