Jackson, MS (PPN) – A 6-year-old in Jackson, MS was shot and killed while sleeping when his mother’s car was stolen by three teenagers as she quickly went inside of a local grocery store.

Ebony Archie is the mother of Kingston Frazier, 6, the boy who lost his life to a senseless crime in Madison County.

The body of Kingston Frazier was abandoned on a dead-end road. The car was 15 miles from the Kroger parking lot where it was stolen early Thursday morning in Jackson.

Once Archie exited Kroger around 2:30 a.m., she immediately reported her stolen car to the deputy on site, according to Hinds County Sheriff Victor Mason.

It was not until later, Mason said, that Archie told authorities that her son was in the car.

“When we found out later that there was a child in the back, we immediately notified the highway patrol (who) put out an Amber Alert,” Mason said at an evening press conference.

An Amber Alert was issued by the Mississippi Department of Public Safety  at 4:30 a.m.

Three suspects are in police custody.

Dwan Diondro Wakefield, 17, was taken into custody on Thursday morning by the Madison County Sheriff’s department. He was the senior starting QB for Ridgeland High School, but was released last year from the team according to Superintendent Ronnie McGehee. 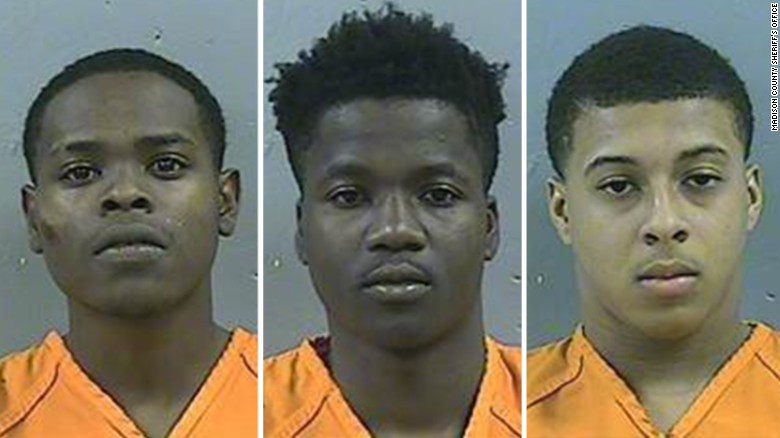 At 9:47 a.m., the Amber Alert for Frazier was canceled. The Mississippi Bureau of Investigation confirmed the car had been found.

Less than 30 minutes later, police called Frazier’s uncle, David Archie, and asked him to meet them at the district attorney’s office downtown.

When family arrived, Ebony Archie was on the building’s second floor speaking with law enforcement. The mood was still one of optimism, with Frazier’s grandfather, Walter Williams, saying, “We believe he’s alright. It’s going to be OK.”

As the minutes went by with no update on Frazier’s condition, a crying Williams yelled out, “Someone said the child is safe. Is it too much to ask to know if he’s safe?”

In an instant, the mood changed. One by one, family members began hearing that the boy was dead.

While carrying his mother to the car, a family member asked about Frazier’s body. Suddenly alert, Ebony Archie asked, “Kingston? Where is Kingston?” She collapsed again.

Madison-Rankin District Attorney Michael Guest said he planned to file capital murder charges against each of the three teenagers.

Omaha, Nebraska – Elizabeth Gilreath was just 11 years old when she went on her first carnival ride in Omaha last May. She rode on King’s Crown ride and things